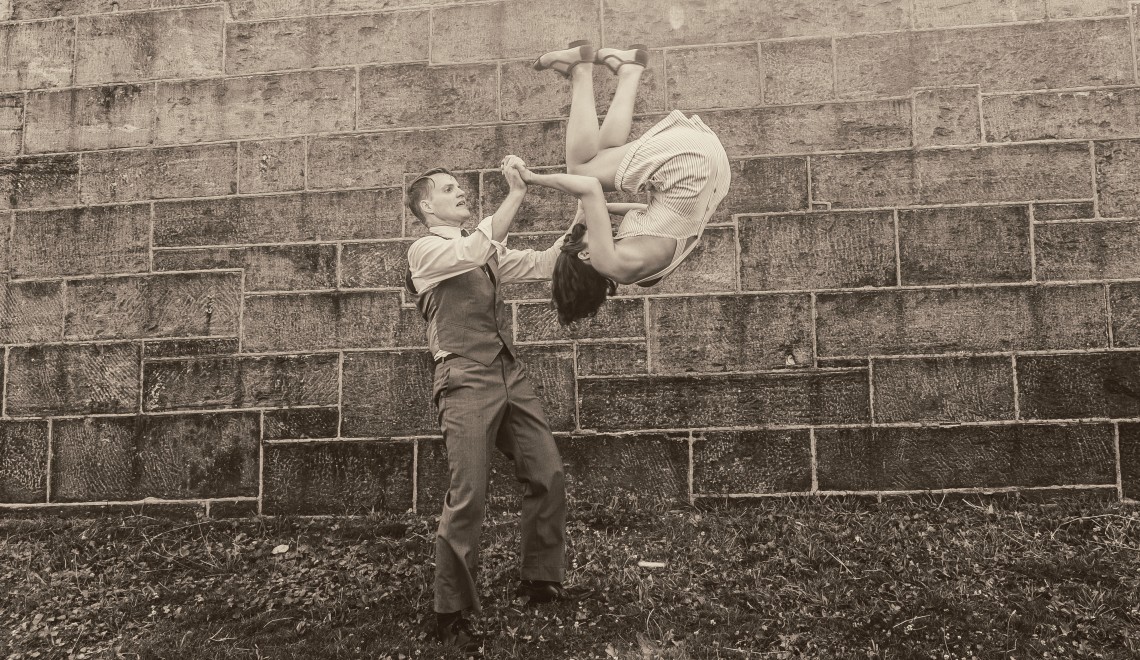 So you want to run a swing dance team? Speaking from almost 10 years of running dance teams, I’m going to try to offer a little advice and guidance for those of you who are new to the team concept. My years as a dance team leader have involved doing gigs of all kinds, competing at national contests and performing locally to inspire and develop the local dance community.

From my experience, I can honestly say that it can be simultaneously one of the most rewarding and one of the most frustrating experiences you’ll ever have. You build great friendships. You work on movements and techniques until they become perfect. You deal constantly with changing personnel, incompatible or difficult team members, and you struggle to keep up with the pace of learning and choreography that your scene’s most advanced dancers can handle. You balance developing your scene with the perceived elitism of an exclusive group. You train aerials but fight injuries. You constantly look for practice space with mirrors, mats, space for a large group, and a price that’s sustainable. You learn a piece and get it 95% show ready, but putting that last 5% bit of polish on it that will really let your work shine takes as long as the first 95% took. A team is only as good as its weakest link, so you work extra to bring everyone up to the same level, while trying to keep the attention of your top dancers. It’s no small task for sure. But it can be one of the most effective ways to develop your own coaching, develop friendships among the top scene contributors, and show off the magic and artistry of jazz dance in a whole new light.

Getting started can be the toughest part. In other blogs, I’ll cover my thoughts on tryouts, rules, organization, coaching, etc… but here I’d like to assume that you have a group of people ready to start working together.

In the first three months, a good goal can be to verse everyone on the team in some or all of the following routines. In my experience, teams where there is a commitment to work together outside of practice as well as in practice are the most successful. Push people to get together on their own!

In this installment, I’d like to discuss a great routine called First Stops.  This was originally done by Frankie Manning to a song called Posin’. Previously, when performing as a group, teams would come out and do three short numbers, with one couple at a time. Often a warm up couple, a comedic couple, and then an aerials couple.  Frankie had the idea to do a routine where multiple couples were synchronized… And thus First Stops was born.

This is the video I learned from.  The great Sugar Sullivan and Peter Loggins at Herrang dance camp.  So much energy! I immediately wanted to learn it.

A small difference between these two is the omission (in the first) and inclusion (in the second one) of a six count break just before going into tandem.   I’ve chosen to keep it in for my own purposes… mostly because it puts the tandem on 5, which I find to be a lot easier to deal with in whatever choreography I add to it later.

Here is a breakdown of the counts by Lainey and me.  It should take about 45 minutes to an hour to teach this routine to a team, depending on the level of your team, and how well the person teaching it knows the routine.

Here are some notes and common pitfalls

Finally, a sample done with a team of people. This is Rainier Rhythm, my team project in Seattle doing “Stops”

Alright everyone! Hopefully this will get you ready for your first team session. Look for more blog posts in the coming weeks outlining some ideas to get you started with your swing dance team.

Feel free to send questions and inquiries in to danieljnewsome@gmail.com