A Guide for Bands Looking to Play for Dancers 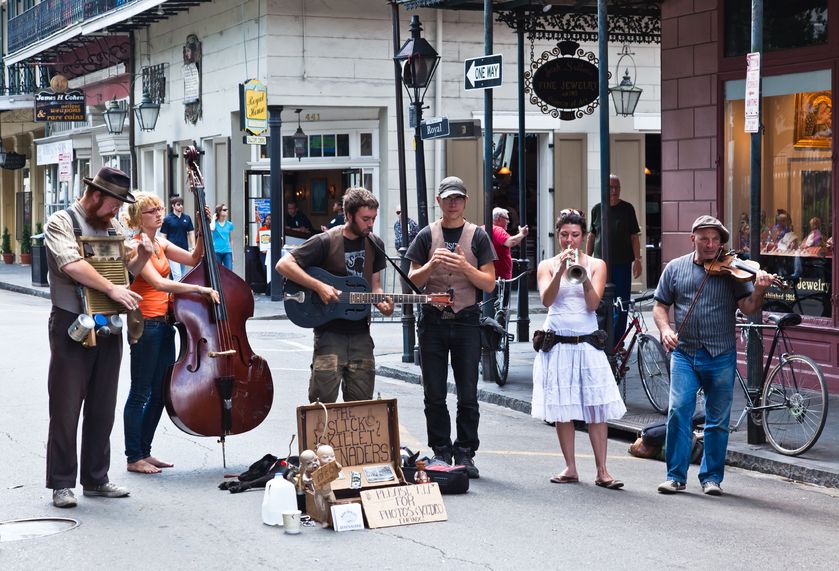 Swing dancing is a fun, vibrant, worldwide community, with hundreds of small communities in almost every city in the world. Weekly events are the lifeblood of swing dance, and live music is one of the best ways to invigorate a community. Musicians, especially those with a jazz background, are often drawn to the community, and from time to time they offer to put together a band and play for us. Here is a little advice, from my perspective, that should help any new band aiming to play for dancers.

Without going too deep into the topic, I like to clarify for the bands I’m interested in hiring, or paying money to go see, what exactly I mean by swing. There’s a lot of definitions, much of it up to the individual defining it, but with some agreement toward the core of the term amongst most Lindy Hop dancers. Lots of things “swing”, many more can be “swing-danced” to, but that doesn’t make them swing, at least in the sense that I’m interested in. For now, and for the foreseeable future, I’m (mostly) interested in the music of New York, New Orleans, Kansas City and Los Angeles between the years of 1927 and 1945. This coincides with the history of Lindy Hop and it contains mostly 32-bar format songs with Bass, Guitar, Drums, Piano, Clarinet, Trumpet, Trombone, and sometimes a saxophone, tuba or a banjo. Songs played hot (see below) and authored by the likes of Sidney Bechet, Louis Armstrong, Duke Ellington, Count Basie, Lionel Hampton, Fats Waller, Artie Shaw, etc.

Less-so am I interested in later Louis Prima influenced music, Frank Sinatra or “crooner” influenced music, 1940’s pop, heavily amplified swing (like the bands of the late 90’s), Chicago Blues, or rock and roll and the like. I am a fan of all these things, but not in the context of Lindy Hop. Often a newcomer will see our scene and say “wow, I could really share my love of ____ with this community” and while I respect the sentiment, there is a pretty defined type of music that Lindy Hoppers like. Every few years, the fancies of dancers tend to change, so hold out — it may be that what you do will be in high demand in a few years.

I think this is one reason that most (not all though) of the favorite dance bands in the Lindy Hop world today were started by avid swing dancers. They know from years and years of dancing what does and does not appeal to dancers.

Swing jazz as a musical form went from “the devil’s music” to popular (but edgy and cool), to mainstream, as any musical style in American culture does. As it passed through all stages of cultural appropriation and mass-market appeal, something I like to call 1940’s pop appeared. Palatable, catchy songs made for radio and television. Songs like “In The Mood” are a typical example of this. Anything with a catchy hook, predictable solos, and sometimes sugary lyrics. I tend to think that Sing Sing Sing gets lumped into this category, mostly for being overplayed. It’s rightfully hated for being overplayed, but perhaps stigmatized like 1940s pop is in our community a bit unfairly. At any rate, when you, the band, are choosing songs, stay away from the 1940s pop songs. Stan Kenton, (most) Glenn Miller, and any song which was recorded at a point in an artist’s career where they were simply churning out music to fulfill their contracts with the record companies. There is a particular album called “Basie’s Beatle Bag” where Count Basie plays a number of Beatle’s tunes and while catchy for the first listen or so, it begins to sound like nails on a chalkboard pretty quickly. As a band choosing titles for dancers, I think that it’s important that you try to think about

Four to the Bar

This is a way I describe music that one can count a clear 1,2,3 4 in the rhythm. Contrast this to Dixieland where there is a strong one-two, one-two feel. This is really important to dancers, it fits with our steps, and keeps us from feeling exhausted by the music. One-two also works really well for Charleston, and not so well for swinging out – so it forces only a small part of the dance to be what feels comfortable to us as dancers.

If you are playing for dancers you need to know that we know our jazz. Or, at very least the people that are making the hiring choices of whom to hire and those who are paying the band out at the end of the night do, and we want to hear interesting selections form the jazz era. While I truly enjoy the swinging versions of modern songs by some bands – for example, Robert Bell does some really good work here – most bands can’t pull it off. Stick with the jazz. We “don’t” in fact want the funk. If you are going to slow it down, think Billie Holiday, not sleepy slow tunes. If there isn’t a little sass and finger snap in even the slow ones, chances are that it’s very hard to dance to. Just as we know that playing very slow is hard, moving languidly is quite difficult as well, and if there isn’t a syncopation or hint of rhythm, we can’t feel it either.

This is a common term among jazz aficionados. Hot jazz is far and away my favorite, and the favorite of most dancers. “Hot” means a tendency toward shorter, sharper notes in the melody. Surprises rhythmically. A commitment to hitting the 1, 3, 5, and 7 in the melodic phrases. Almost all 4/4 time, very little if any compound time signatures like 6/8 (shuffle feel). It does not mean fast. Slow songs can be played hot, like Sidney Bechet’s Petite Fleur, or Jelly Roll Morton’s New Orleans Bump. Hot means toe-tapping.

There is a sort of standard of song length, three to three and a half minutes. The history of this goes back to early recording technology and what was even possible at the time musical recording started talking place. While that limitation no longer exists, and as a band you CAN make songs as long as you want, remember that dancers are under the very established tradition of dancing a whole song with someone. This can be pretty uncomfortable if the song is longer than three minutes, especially if one half of a given partnership is particularly more forceful than the other. Dancers will be MUCH more comfortable if you keep songs on the shorter side. Your finale can be an exception, but other than that, I strongly recommend no longer than 3:30 for any one song.

To play waltzs or not.

To play Latin tunes or not

Keep it short. Introduce the song, or a quick factoid, but trust us, a comedian you are not. Two-man Gentleman Band is one of my all time favorites, and they are funny… but that is a well-polished schtick. Sure there is time to introduce the band, but a funny story about each song doesn’t go across well. It’s not that we don’t care… because we do, it’s just that the time between dances is reserved for thanking partners, walking back to tables, finding a new partner, or making the requisite apologies for running into fellow dancers by accident.

There’s always room for new song selection when playing for dancers. One fact that I’ve come to appreciate as a DJ is how I’ve never stopped discovering new music. Most of my collection is CDs, too. Only about 10% of the music that was ever recorded on vinyl ever made it to CD, so there is more music out there than we will probably ever discover.

The constant “tss tsstss tss” of a ride cymbal in every song is a strong force; one which gives a song a lot of “forward motion”. It’s almost never something dancer’s enjoy. If you can avoid using it, please do.

Tempos can be a strange thing for bands to understand. I’ve seen bands that think faster is always better (it isn’t), and bands that always play everything in the Lindy Hop “pocket”, i.e. 160-180 BPM or so… this isn’t any better. You need a variety, with most of the songs being somewhere in the middle. This seems hardest for Gypsy Jazz bands, who often play only very fast songs or very slow songs, with not enough in the middle. One thing to also consider is not to follow very fast songs with very slow songs. No one wants to grab a sweaty person for a slow, close dance. If you’ve read my DJ blog, you know that I advocate creating texture by branching out from very indisputably “swing songs” into other varieties and textures. That is my DJ advice though. As a band, for the most part it will be hard to create diversity like big band to western swing, etc, nor would it probably come across well. What’s better is to try to create a wave or “roller-coaster” of tempos. The opposite of a roller coaster however, the last set’s tempos should hit larger heights and lower lows than the first sets.

Remember that playing for dancers is different than playing for a sit-down audience. Long solos are difficult for us as dancers, as are long pauses. Only because it’s been a problem so many times, I also mention, please show up to your gig sober.  We don’t care if you have a couple of beers when you play, but please don’t start off the night by making your promoter wonder if things are going to come together.

Part of working well with local swing dance group is being a part of the feedback loop. Changing up a couple of small things can make a band an oft-hired local favorite, where failing to change these small things would make them almost un-hirable. In an ideal environment this feedback goes both ways, and it can be the beginning of a long lasting and productive relationship.

Have you had interesting experiences with a band? More ideas to add? Help us out by leaving a comment 🙂