Getting Inspired from Animation and Illustration

There’s a lot of truth in these words for competitors and performers alike.  You have to look the part, be endowed with the traits of the quintessential jitterbug, and you have to become an expression — writ large — of the feeling given by the music you are dancing to.  In this blog entry, I’d like to explore how dancer can use art, specifically animation and illustration for the purpose of inspiring ourselves and embodying the character of the music and the spirit of the Jitterbug.
Our individuality as dancers is only as good as our own ideas. Vladimir Nabakov  is quoted as saying once: I think like a genius, I write like a distinguished author, I speak like a child. For me this relates to dance in the sense that I’ve certainly felt ideas which were great in my head degrading in execution. The ideas in my mind are much better that the ones I’m able to bring out in my body.   Practice, time, more cohesive thought processes, or small nuances improve them, but the picture in my head is always superior.  Further, I think that images are how many of us think — when we think about dance — not in words as much, and when we become imbued with the feelings that music gives us, transcendent feelings, the mind can conjure some pretty grandiose pictures.  The many artists who’ve depicted dance have done a better job in some ways of showing what the mind can imagine compared to what the body can execute, and I think it’s a good place to find inspiration. Build on what others have imagined, use it to feed your mind’s fancies.  Illustrators and Animators alike can make human forms do things real people could only imagine.
As long as there has been music, there has been dancing.  A source of transcendence, community, felt experience. Drawings on cave walls and early dwellings depict dance, and the exaggerated limbs tell us a little something about how the dancer felt.  Bigger than reality.  More extreme, more exaggerated, more animated – beyond physical limitations. So many of the historical forces since then – be it the staid perfectionism of Western music between 1550 and 1900, to the moralistic efforts of prohibition – sought to quell our urges for crazy dancing. Our own desires for perfection can sometimes take the spirit out of the things we do.  Animation and illustration remind us to put it back in.
Dance leading up to the jazz age were all about evenness, perfection, standing tall and straight.  Moving in even timbre to music of even tempo.  All that effort to make everything perfect really bottled up the human spirit, and when the Jazz was made, it all came rushing out in a frenzy of footwork and a brandishing of limbs that was captured on film, but in another way in illustration.
I like to think of the human imagination as silly putty.  Picking up images then contorting them to our own liking in the creative process.  This is a wonderful thing for creativity, inspiration and the creation of stories… but it gets in our way when we’re learning dance. Our inner picture of what our outward body is doing is a deceiving thing.  When we learn movements, we often do them too large, and when we get comfortable with movements, we do them small and less emphatically than we think we are. Virginie Jensen once said to me “Jazz is easy, just take the movement and do it 110% as large as you want to”. Illustration reminds me to find balance between spirit and technique.
In a talk with Brendan Regulinski, New York Lindy Hopper and professional animator, I learned that early in the history of animation, music was used to keep the drawings in time. They used sound signals and cues to keep everything together.  In other words they essentially choreographed a song with drawings, using the beats as landmarks for the animators.
I leave you with a few examples, though I also leave out many from the time period, because they have some racist imagery, ranging from tasteless to outright unacceptable.  I concentrate below on Jazz Era cartoons that we could glean inspiration from, I think it’s good to also realize that animation, in any form, is a good lens through which we can learn about our own dancing.

In 1946, animators revisited this genre with “All The Cats Join In”, with lines in Shag that we should all aspire to, and a couple of impossible aerials.

Or this example, with Dali-esque imaginings:

So what, specifically can we learn from animation?  When an artist tries to recreate reality in a 2D medium, how can we borrow from what we do to make our own movement hyper-real – to add life and spirit to it?

There are the 12 principles of Animation.  As an exercise, I encourage you to read these and think about which qualities you’ve learned as a dancer relate to which one of these principles below.

Fine art is a medium, a conduit between the minds of two humans.  If the artist of a particular drawing could have same what they wanted to say through a song, a poem or a book, they would have done that.  Words can never equal a picture, so when you take inspiration from a picture, you are thinking or feeling something that can’t be expressed or transferred in any other way.

I’ve taken a few of my favorites below, and outlined a little history as well as a few things I like about them. But I hope that you will get a _feeling_ from them, not try to translate it into a rule, or words, or a technique, at least not right away.

Paul Colin was one of France’s greatest poster artists.  This one made the cover a a very famous vintage clips compilation. 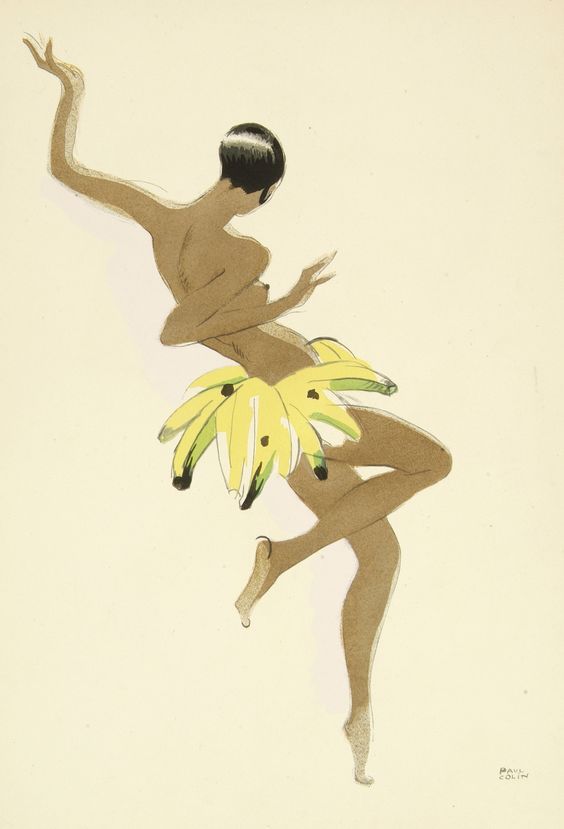 Martin French is an extraordinarily talented illustrator from Portland Oregon.

In African dance classes I’ve taken, we’re reminded to shoot energy off of our limbs back to our ancestors.  I see that magic energy in these drawings.  His use of color inspires me to be a little more daring in my choice of clothing too. 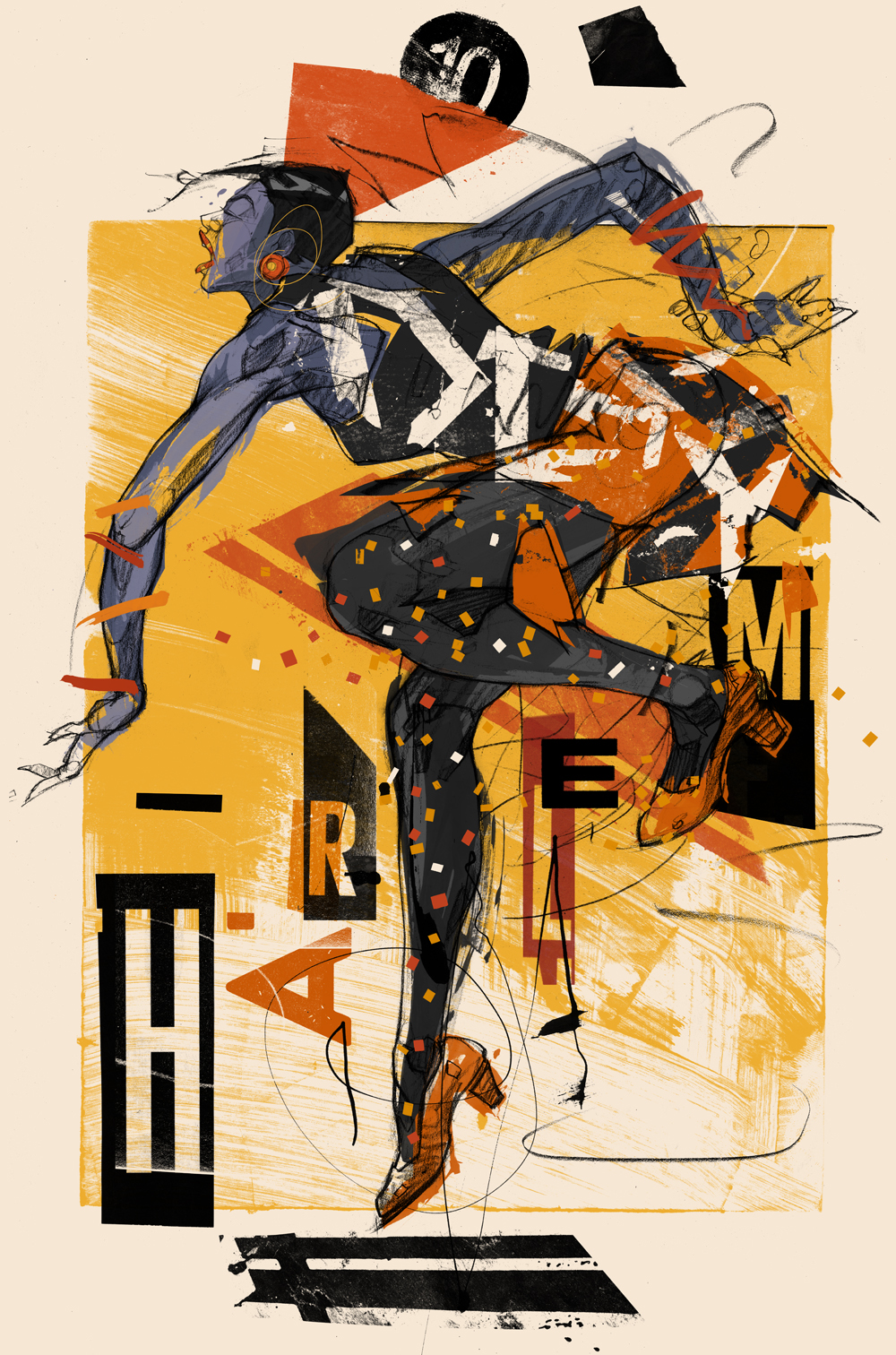 Robert Nippoldt is a modern illustrator with a fantastic eye for the jazz era. His website is worth checking out, and I think he plays a little jazz too.  I have one of his drawings as a tattoo. 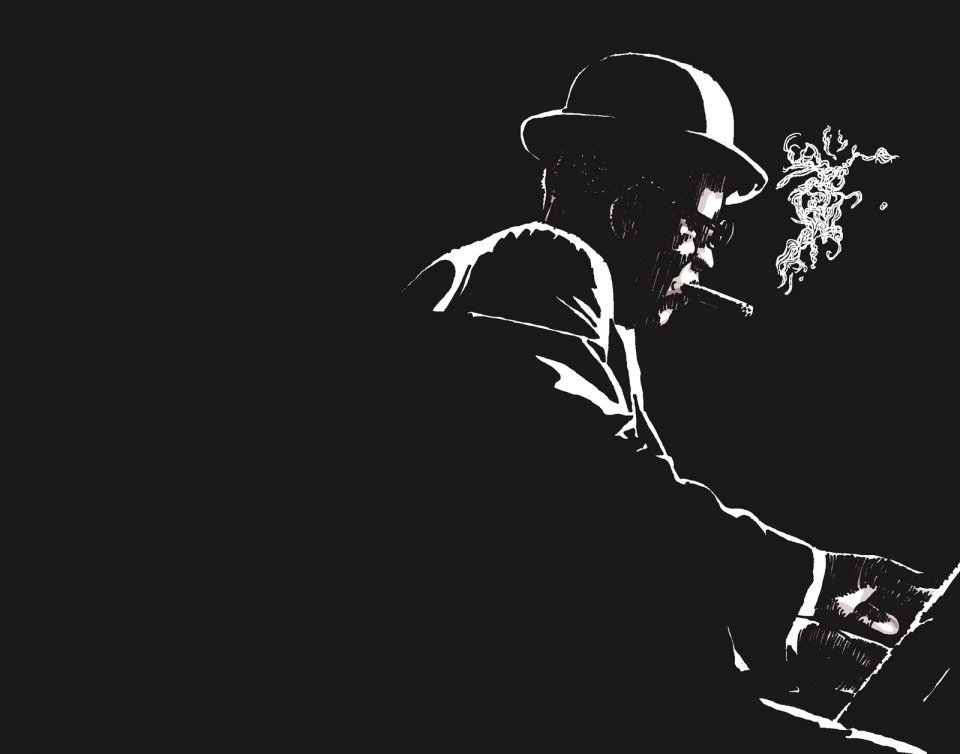 A French caricaturist famous during the Belle Époque.  This picture reminds me of doing swing gigs.  Just letting loose to jazz, a concept that I think is lost sometimes when we get too technique focused. 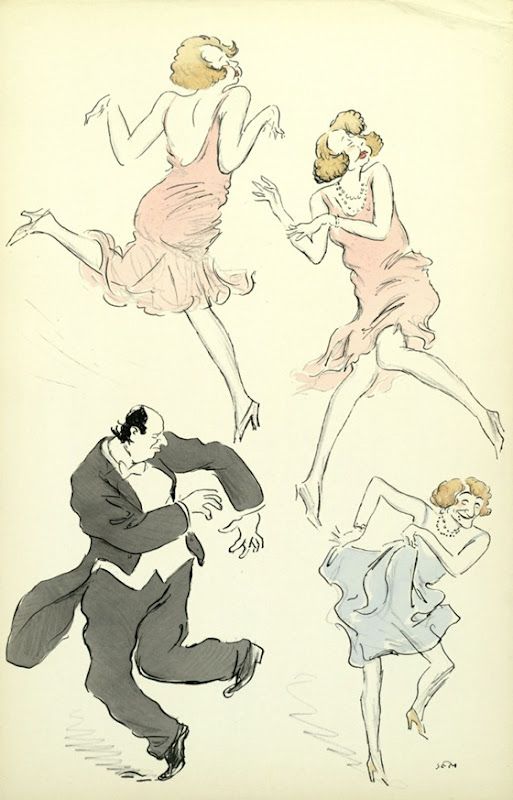 His Little-Known Jazz Age Drawings are quite inspirational.  I think of this picture every time I dance slow songs. There are several other covers to his books which are quite good as well. 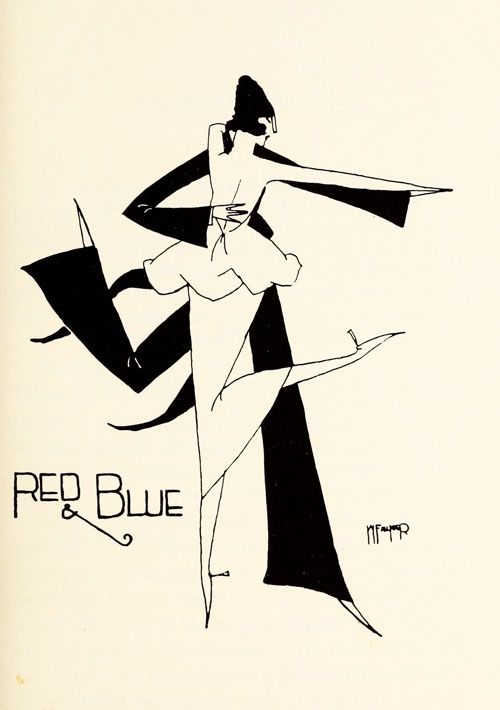 Simone is an Illustrator/graphic designer based in London, who has a lovely Calendar you can buy on Instagram 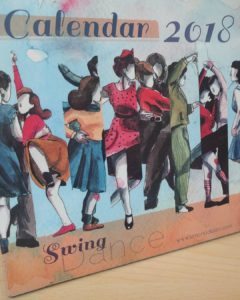 has some wonderful, minimalistic drawings. 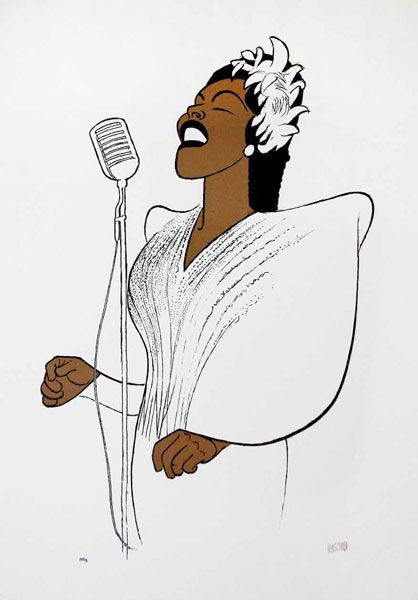 One of the swing dance world’s finest dancers, Mickey Fortanasce has some serious skills, and you can check out his website here. Not only do these inspire shapes, they’re quite educational as well. 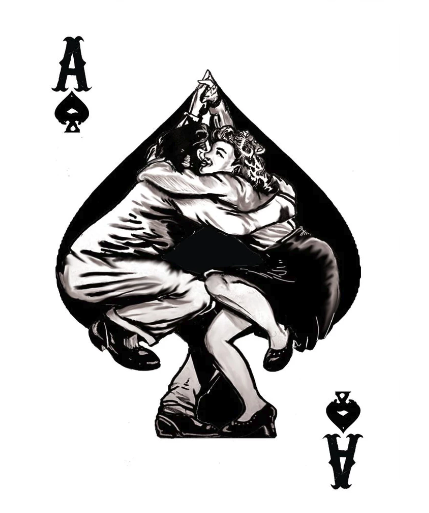 Sheet music artwork can be a great source of illustration too.  I often find these in bins in the back of vintage stores.   Notice how effectively the artist uses an angle of the head, a trailing strap from a hat, and good cross body movement to give depth. 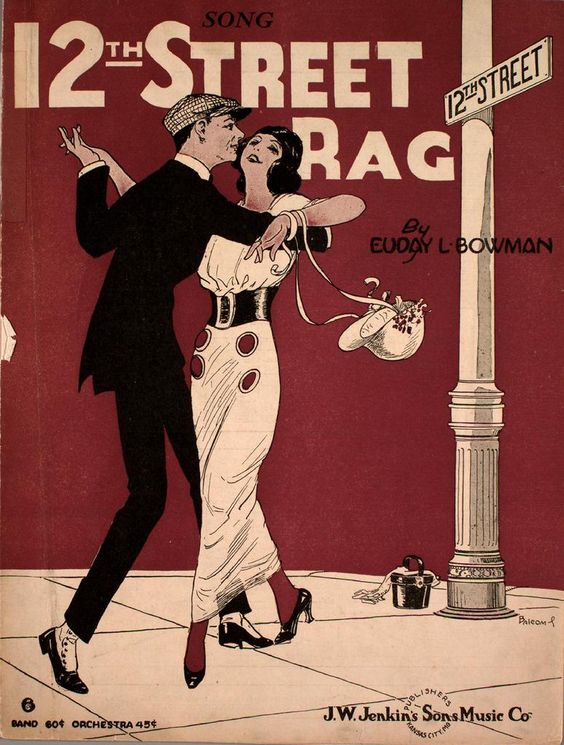 I hope you enjoyed looking at illustration – perhaps with new eyes.  If you want to dive deeper, I have a Pinterest board of Jazz illustration you can follow as well.